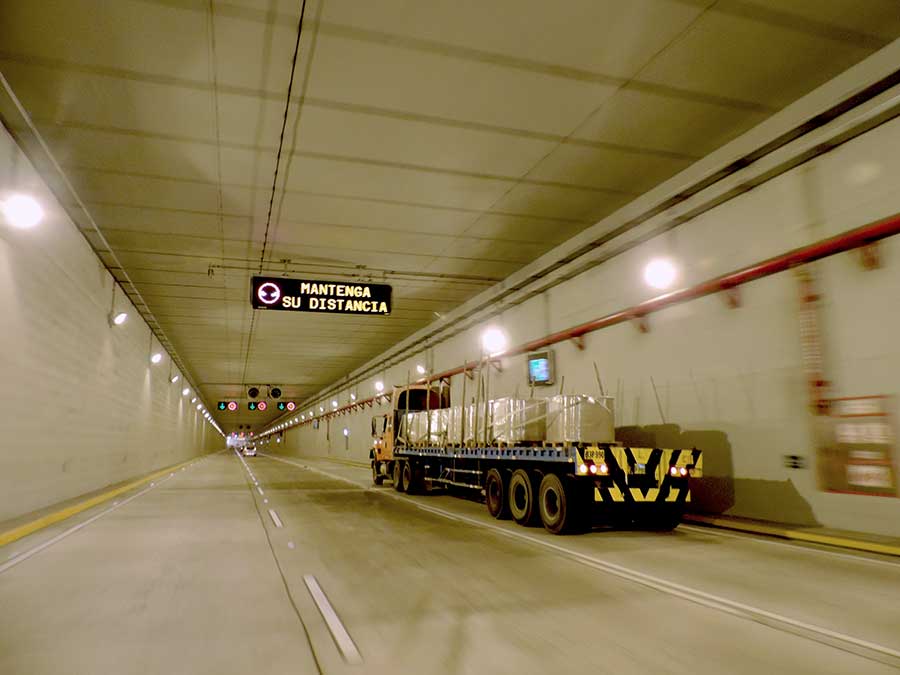 SICE as a specialist Company that develops and implements integral solutions for the management and control of tunnel systems, has been in charge of running the control facilities of the first airport and intelligent tunnel implemented in Peru.

Upon completion of the work, with the incorporation of Gambetta Tunnel in Peru to references that the company already has successfully finished, SICE manages more than 2,500 km of roads and 278 km of tunnels with SIDERA, SICE’s Tunnel Management Software.

It is a tunnel that runs under the future second runway at the Jorge Chávez International Airport. It has three bores, each of which with a length of approximately nine hundred and sixty (960) metres, the central one of which is for rail use. It will also have two pedestrian evacuation galleries that will run parallel and outside the road tunnels. This is the first intelligent tunnel implemented in Peru.

During May 20.17, the tunnel was under testing, and the traffic had been opened for only 4 hours in the morning and 4 hours in the afternoon. The tunnel opening, with 24-hour vehicle access, was in June 2.017.

The security installations of this infrastructure have been a challenge for SICE because of the particularities of this tunnel. This tunnel will be the first intelligent tunnel in Peru, and on top of that it is an airport tunnel, with the extreme safety precautions that this entails. Another characteristic of the tunnel is its capacity to withstand high circulation of heavy vehicles, as its construction is intended to improve the traffic of transport containers. Also a unique feature of the tunnel is that the central tube will be dedicated to rail traffic. All these special conditions makes it necessary to strengthen the safety measures to enhance early detection and minimize impact in the event of an incident.