The City Council of Talavera has started works to replace the city’s street lights. SICE, which was awarded a part of the project, has already made headway, starting with the area around Santa Isabel Street.

The work awarded to SICE is part of a project by the City Council through an “interest-free repayable loan” transaction with the Institute for Diversification and Saving of Energy (IDAE), which contemplates the replacement of more than 3,000 of the old-style lights with LED lights, estimating savings to be approximately 300,000 euros per year and almost 2 million kv/h.

It should be noted that Talavera is the second most populated municipality in the province of Toledo. It is the fourth most populated of Castile-La Mancha, behind Albacete, Guadalajara, and Toledo. The residents of the municipality are already noting the change in lighting, which provides more clarity when dusk sets in. In addition, the LED lights will improve vision at night. Thus, these benefits are two strong points in favor of these energy and financial savings that come with a reduction of harmful emissions for the environment.

SICE will significantly contribute to these savings not only through the supply and installation of LED lighting but also through different electronic devices to control the lighting which will replace the existing control devices, as well as through the installation of a new remote-management system for the lighting of different streets. With this project, SICE has strengthened its leading position in the Energy Efficiency and Public Lighting sector. 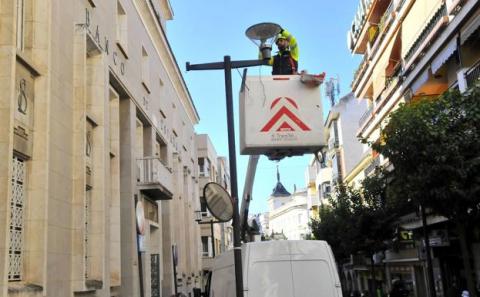