Supply, installation, commissioning and maintenance of a traffic control system and video surveillance in Casablanca (Morocco) 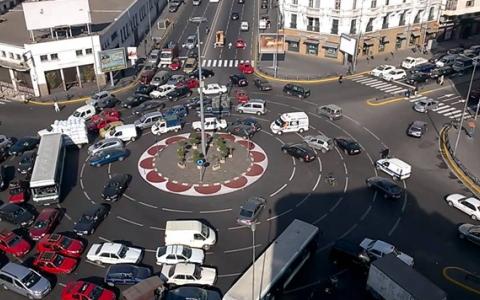 CASA TRANSPORT S.A, Local Development Corporation of Casablanca and one of the most important customers of Morocco, has resolved to award Sociedad Ibérica de Construcciones Eléctricas, S.A the project for the "supply, installation, commissioning and maintenance of a traffic control system and video surveillance in Casablanca ".

The project, which is difficult due to the technological variety of its systems, aims the traffic management and urban mobility in 174 crossings. It will be implemented in phases, with a total length of 4 years. When completed, SICE will hold a preventive and corrective maintenance period for 5 years and customer training efforts necessary for correct implementation and operation of the system as a whole.

The purpose of the project and scope thereof are:

Casablanca is Morocco's largest city and its main harbor, and the largest city in the Maghreb region. With nearly 7 million inhabitants, it is considered the economic center of Morocco, hosting the headquarters and major Moroccan industrial facilities as well as many international companies based in Morocco. It is the main industrial zone of the country and has one of the largest artificial harbor in the world and the largest in North Africa.

This project joins a long list of references in urban mobility developed by SICE in the world's major cities such as Moscow, Madrid, Lima, etc.