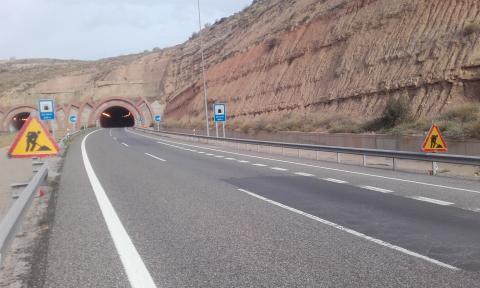 SICE has been awarded the adaptation to Royal Decree 635/2006 of the San Simón tunnel in Fraga (Huesca) in the passage of the A-2 motorway.

The infrastructure has two pipes located between kilometer marker 432,210 to 432,510 (Lérida sense) and between kilometer marker 432,200 to 432,540 (Zaragoza direction). It was put into service in 2002 as part of the layout of the A-2 motorway, prior to the European Directive 2004/54/CE and Royal Decree 635/2006, the latter being the one that constitutes todays regulations in matters of safety in the tunnels of the State Highway Network in Spain.

Under the provisions of said Regulations, the Ministry of Development established an adaptation plan for the existing tunnels in the state network that guarantees a sufficient level of security for users.

Based on this plan, the adequacy of the low voltage distribution, signaling, beaconing, installation of environmental quality sensors, emergency posts (SOS posts), video surveillance cameras and tunnel closure barriers, and its integration in the Control Center through the SIDERA platform, has been contemplated.