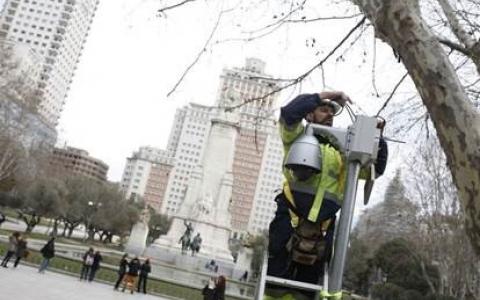 The works entrusted to SICE consist of the supply and installation of the communications network, power supply and necessary infrastructure and assembly of cameras and electronic network. The project includes positioning of six cameras in Gran Vía, three in Princesa Street, two in Plaza de España, two in Callao and Sol, four in Arenal Street, three in Plaza de Santo Domingo and five in Plaza Mayor.

The selected model, "domo" is easily recognizable by its black ball: can move at any angle, allows monitoring both day and night and has a powerful zoom that lets focus on specific areas as needed. The software of this equipment hides "sensitive" areas such as windows of residential buildings, making them impossible to invade the privacy of people.

Ten of these 47 "electronic eyes" include an innovative analytical software that releases alerts to the police if it detects certain "strange" behaviors, such as a group of people running, allowing faster intervention by police.

The images captured by the cameras are distributed through a proprietary fiber optic network that securely attaches the camera to the headquarters of the Municipal Police and the Cisevi (Video Signals Integral Center). The viewing of this material is restricted to a specifically authorized municipal police group, and stored for a maximum of seven days, after which occurs an auto clear if they are not claimed by the police or a judge. 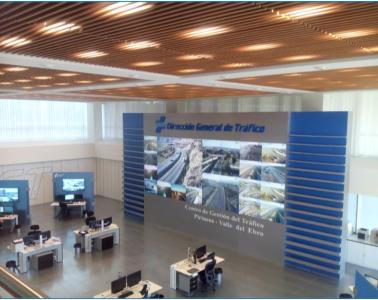 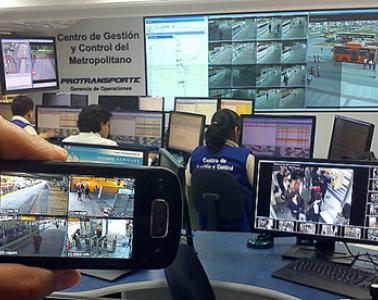 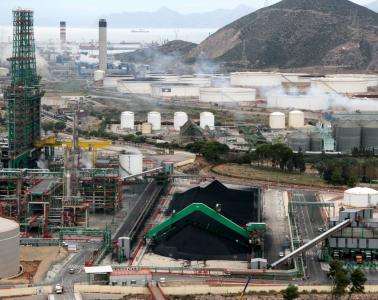 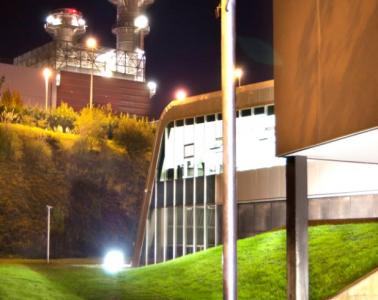