SICE implements the Toll System at the Atizapán - Atlacomulco Highway 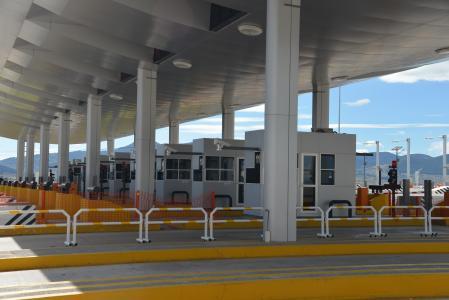 The Atizapán - Atlacomulco highway has a length of 46 miles and will have four lanes of traffic (two per direction). This highway connects the cities of Atizapán and Atlacomulco, both in the State of Mexico, and seeks to avoid crossing Mexico City and Toluca, as well as improve the connectivity between the Metropolitan Zone of the Valley of Mexico and the northern and western parts of the country.

Given the importance of this highway, the concessionaire company AT-AT S.A. de C.V. entrusts SICE the supply, installation and commissioning of the standard and electronic toll system (Level 1 and 4) for the toll plazas in Ixtlahuaca and for the T1, T2 and T3 plazas of the Chamapa Highway which should be interoperable with the Chamapa - La Venta Highway. Although the toll system is open and mixed (cash payment and TAG), the closed toll system will be added to the Chiluca toll plaza from Chamapa – Lechería.