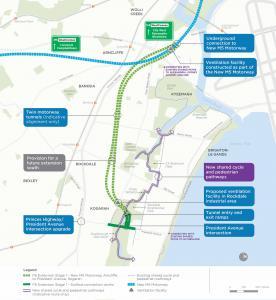 This project extends SICE’s long-term commitment to transforming Sydney’s road network in partnership with the NSW Government, as the M6 Stage 1 connects underground into the WestConnex M8, also controlled by SICE’s OMCS.

SICE is appointed to deliver its unique federated OMCS architecture that will allow for low risk, safe, staged construction of one of the longest underground networks in the world. This M6 Stage 1 tunnel and roadway will connect a federation of control systems in a seamless, fully integrated control room. This greater interoperability will allow faster and safer travel for Sydney motorists. SICE’s scope for this project also includes software, control room hardware and master programmable logic controllers.

By participating in this project, SICE’s team feel proud to be part of the transformational road agenda in Sydney. SICE senior management is sincerely grateful to the NSW Government and CGU Joint Venture for trusting SICE with another step in Sydney’s transport transformation journey.

The M6 Stage 1 proposes a multi-lane road link that aims to provide better connectivity to Sydney’s south by shortening up to 15 minutes of motorist commutes in a safer, shorter, and reliable way.

This first stage will consist of an approximately four-kilometre twin tunnel that connects the WestConnex M8 at Arncliffe to President Avenue at Kogarah. The $2.52 billion contract is expected  to start construction in 2022 and be opened to motorists by the end of 2025.

SICE is a systems integration technology company with extensive and comprehensive experience in over 60 locations worldwide. No two roads are the same, each with unique geometries and operating challenges. SICE’s flagship product, SIDERA, is a highly configurable commercial-off-the-shelf technology to suit customers’ unique roadways and requirements. SIDERA is a world-leading, fully integrated OMCS that allows road operators and maintainers to seamlessly manage the entire operation, surveillance, traffic management, and life safety equipment. 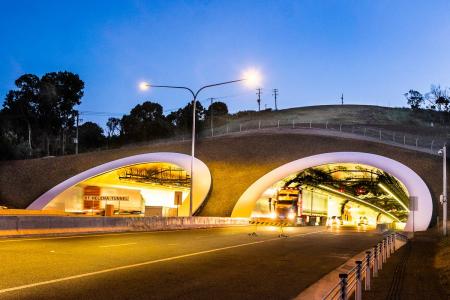