SICE expands its scope of works in the Rozelle Interchange Project 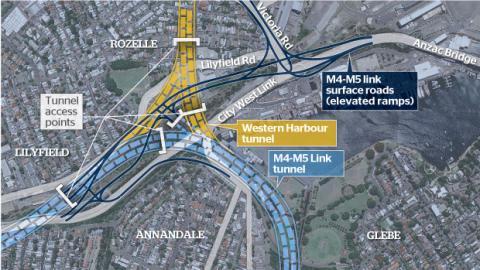 WestConnex is the largest road transport infrastructure project in Australia. Once finished, it will form a key component of Sydney’s motorway network, providing an underground link between the M4 and M5 to create a continuous motorway without traffic lights. It will provide high-quality connections from Western Sydney to Sydney Airport and Port Botany, supporting Sydney’s forecast growth in population and employment along these corridors. WestConnex will also ensure greater connectivity between the greater west, the south, the south-west and the inner-city hubs and provide relief for hundreds of thousands of motorists who experience high traffic volumes every day.

The final stage of WestConnex, the Rozelle Interchange, will provide an underground interchange with City West Link and an underground bypass of Victoria Road connecting the Iron Cove Bridge and ANZAC Bridge. When complete the Project will also provide an entry portal to the Western Harbour Tunnel.

In December 2018, SICE was awarded a package of work by the John Holland CPB Contractors Joint Venture (JHCPB JV) to deliver the OMCS head-end hardware and software; the integration of the Rozelle Interchange project into the WestConnex Integrated OMCS (IOMCS); and PMCS + PLC Network.

Containing all the traffic systems within the same scope will allow SICE to deliver an end to end and comprehensive solution and will ensure seamless integration of all the equipment.

Furthermore, as a unique feature of this project, the Rozelle Interchange OMCS will be included into to the WestConnex IOMCS, also delivered by SICE as part of the WestConnex M4-M5 Link project. The implementation of SIDERA to this final stage of the WestConnex Motorway ensures that it will be fully controlled by the same state-of-the-art OMCS software. The IOMCS assures the control and monitoring of all the WestConnex stages from a unified, integrated operating system, all based in SIDERA. This will create a streamlined experience for both operators and road users. As a result, it will facilitate the daily operation and maintenance of the entire infrastructure and will guarantee two key objectives of this project: safety and efficiency.

To date, SICE has successfully implemented its in-house OMCS solution SIDERA in four projects in Australia (M5W motorway, T2E, M4E and M8 Tunnels) and one project in NZ (The Waterview tunnel). Moreover, three additional projects are currently in the delivery phase within the WestConnex Project (Sydney) and West Gate Tunnel Project (Melbourne). As a systems integration technology company, our extensive and comprehensive experience places SICE as a top player in Operations Management & Control Systems within the Australian and New Zealand markets.