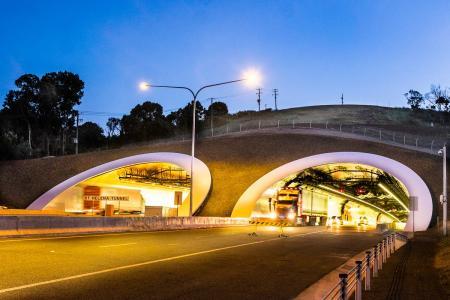 Byron Bay, Australia, January 2022 – In December 2021, SICE successfully agreed to a new contract with Transport for New South Wales (TfNSW) to upgrade its current SIDERA Operations Management and Control System (OMCS) at the St Helena Tunnel in Byron Bay (Tintenbar to Ewingsdale project). SICE will carry out the system upgrade while simultaneously continue to provide support and maintenance services for the current system, installed in 2015.

TfNSW has agreed to extend its partnership with SICE to deliver the latest version of its commercial off-the-shelf OMCS solution SIDERA, an up-to-date version of the current St Helena Tunnel OMCS. The project scope goes from design to support and maintenance, covering the whole project lifecycle, including the configuration, testing and commissioning of the new OMCS. This upgrade also includes the design, supply, installation, testing and commissioning of the hosting platform and other equipment required to replace some obsolete equipment in the Control Centre, such as switches, firewalls, or workstations.

The project works started in January 2022 and will be finalised by 2023. While completing the upgrade, SIDERA will continue operating and delivering safe road performance and functionality for thousands of motorists a day. Once completed, the St Helena tunnel will operate with the latest version of SIDERA, incorporating SICE’s latest innovation in the motorway and tunnel management space.

The new contract also includes the support and maintenance of the upgraded system for two years.

It is precisely the great performance of the support and maintenance provided by SICE’s team over the past seven years that has greatly contributed to the achievement of this new contract. This achievement strengthens SICE’s presence in the region and the opportunity to continue growing and consolidating its relationship with TfNSW.

“Seven years ago, SICE was appointed to deliver its SIDERA solution and other ITS subsystems at the Tintenbar to Ewingsdale Pacific Highway update. The St Helena Tunnel became the first Australian tunnel controlled by SIDERA and positioned SICE as a key player in the motorway and tunnel control systems industry of the region. This award is another key milestone for SICE and demonstrates once again the partnership approach that we want to have with our clients in ANZ” Manuel G. Arrojo, SICE Australia Managing Director explains.

SICE is a systems integration technology company with extensive and comprehensive experience in over 60 locations worldwide. No two roads are the same, each with unique geometries and operating challenges. SICE’s flagship product, SIDERA, is a highly configurable commercial-off-the-shelf technology to suit customers’ unique roadways and requirements. SIDERA is a world-leading, fully integrated OMCS that allows road operators and maintainers to seamlessly manage the entire operation, surveillance, traffic management, and life safety equipment.