SICE: 25 years at the forefront in tunnels 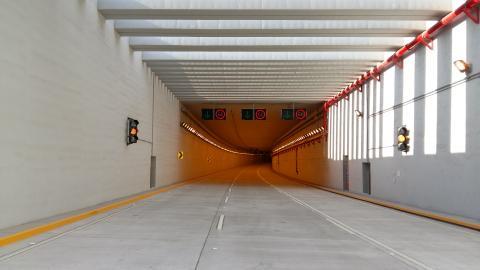 As a company that develops and implements integrated solutions for managing and controlling Smart transportation systems, SICE has provided infrastructure with Smart Systems in over 346km of tunnels.

All this using the SIDERA software, an integrated platform for the centralized management of tunnels, where all the tunnel systems are controlled and monitored, ensuring the maximum security and operability in daily management as well as in any emergency situations that might occur.

One of the major exponents is WestConnex, the largest transportation project in Australia, which provides quality connections along the motorway between Port Botany, the western part of Sydney and the Airport.

SICE will control the M4 section, which includes two twin tunnels that are 5.5 km in length. The company is currently also in charge of a second contract for the M5 section, which includes two 9 km twin tunnels. The M4 East section is expected to be integrated with the M5 section on the same control platform, which, under the name WestConnex OMCS (WOMCS), will operate the entire WestConnex project thanks to SIDERA.

SIDERA has proven to be a universal system. A good example of this is the Gambetta Tunnel in Lima (Peru), which connects the “Óvalo 200 Millas” (200 Mile Oval) with the Port of Callao. The tunnel will run beneath the future runway of the Jorge Chávez International Airport (it is part of the Lima airport extension).

In this case, the software enables remote control of both the tunnels’ electrical system and electromechanical systems (ventilation, fire-fighting system and lighting). SIDERA provides the operators with an interface where they can view the status of the equipment and the progress of any incidents in real time and with interactive and schematic maps of the facilities.

In addition, SICE has also carried out the engineering, supply, installation and commissioning of electromechanical systems, ITS, medium and low voltage electrical systems, and fire extinguishing systems, in a total length of approximately 2.5 km of dual carriageway with three lanes in each direction.

SIDERA is a flexible platform that adapts to the specific requirements of each project. With just over a year in operation, Waterview Connection represents one of the best examples of what SIDERA is capable of doing: more than 63,000 vehicles running through the twin tunnels every day. Waterview is currently the longest and most complex tunnel that has ever been constructed in New Zealand. It took 5 years to build, with the participation of over 10,000 people, making it possible to connect the Southwestern Auckland Motorway with the Northwestern Motorway in barely two minutes, driving at a speed of 80 kph.

The platform can distribute travel information to the driving public and exchange critical information between agencies. It can also associate and execute a Response Plan in the event of an incident that has been automatically detected, based on how this has been defined in the Incident Management System.

One of the best-known tunnel projects operating with SIDERA is the Miami Port Tunnel (POMPT Miami Tunnel), which connects the Miami port and Interstate 395 (I-395). With a length of 1,219 meters and over 12 meters in diameter, this is one of the most important projects in the last decade for SICE Inc. The company installed the smart traffic systems, as well as developed its own SIDERA tunnel management SCADA, for the FDOT (Florida Department of Transportation) via the BCWF (Bouygues Civil Works Florida).

Yet without a doubt, the biggest challenge to which this software has been subjected is the total integration of the Calle 30 tunnels in Madrid (a world benchmark project in urban tunnels): a unique project in terms of its size and scope, as well as in terms of the challenging delivery deadline (13 months). Madrid Calle 30 has been one of Madrid’s main urban transformation projects, with the remodeling of the thoroughfares and land through which the old M-30 ran, and the construction of more than 47 km of tunnels that are managed from its impressive Control Center. This nerve center is the driving core that coordinates and synchronizes both facilities and human resources, making it possible to ensure optimum supervision and control of the whole network.

The application developed by SICE is responsible for monitoring and controlling over 400,000 signals: security systems, electromechanical installations, traffic, communications and lighting; all this in order to ensure safety in one of the largest urban tunnel complexes in the world. 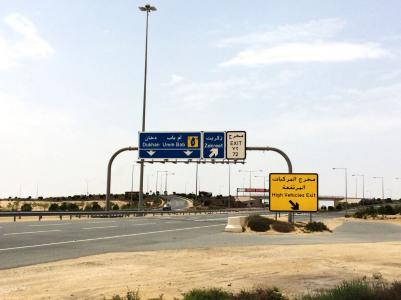