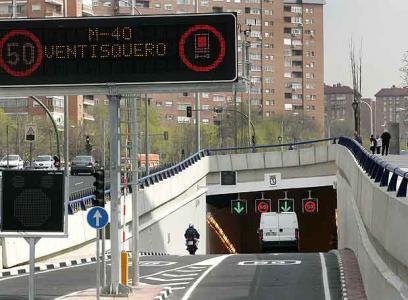 Madrid has more than 120 tunnels and underground passageways built over the last century that serve both vehicles and pedestrians. Much of this infrastructure has been deteriorating in recent years and the maintenance done to it has not managed to prevent damage of various degrees that has caused them to be closed on multiple occasions, especially on rainy days due to leaks and flooding.

Thus, the area of Works and Equipment has awarded SICE this project, with a planned execution period of only 6 months. In this time, the company will improve the ventilation systems, increase the safety of the evacuation routes, install autonomous lighting equipment, including fume and gas extraction flues, and pressurize the evacuation routes. In some of the tunnels with the most needs, devices will also be created to control the ventilation (Azca), the noise levels will be reduced (José María Soler), waterproofing will be done (O’Donnell) or the anti-intrusion protection of various emergency exits will be improved (Sor Ángela de la Cruz and Azca). It is not expected that the works will significantly affect traffic.