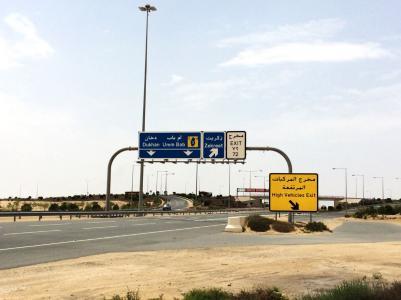 Doha, the capital of Qatar, will be center stage in 2022 as the city hosts the XXII Men's FIFA World Cup. This is why ASHGHAL, the Public Works Authority of Qatar, has entrusted SICE with the operation and maintenance of both its ITS installations and urban traffic for the next two years.

As a measure of general control, SICE will carry out corrective and preventive maintenance work on all of the installations, with timely recognition of the operational status of the installations, through patrols of the assigned areas in the city of Doha. New CCTV cameras will be installed, as well as ITS in general and urban traffic elements.

The installations to be maintained, broadly speaking, consist of 150 traffic intersections with SCATS compatible controllers (QTC, ATC, TYCO), including vehicle detection loops, structures, traffic lights from different manufacturers, pedestrian pushbuttons, priority systems for emergency vehicles, wiring, etc. Additionally, ITS elements will be maintained as variable message signs located within the city (some up to 4 full-matrix lanes with their corresponding structure), as well as around 200 CCTV-PTZ cameras connected to the control centers, magnetometers, more than 200 lane control panels, 100 license plate recognition cameras, acoustic monitoring system, and overheard clearance, among others.

This work will facilitate the development of adaptive ITS and urban traffic systems in the near future, as SICE works closely with Qatar's main control room.

SICE has previously worked with ASHGHAL, in the Advanced Traffic Management Systems (ATMS) on the Salwa and Dukhan motorways (Doha, Qatar) in order to centralize monitoring of operations and assist in the maintenance of these highways, two of the country's main roads.