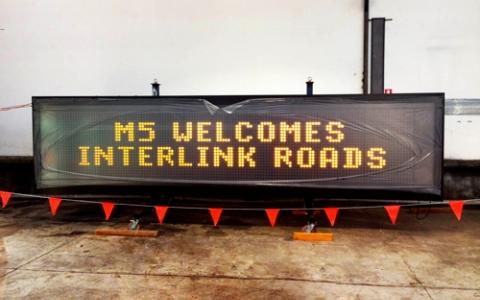 SICE has been awarded a specialist sub-contract package for the Operation and Management Control System (OMCS) to be delivered for the M5 West Widening Project.
The $400 million project involves the widening of 22km of the M5 South West Motorway in Sydney from two to three lanes in each direction between Camden Valley Way at Prestons and King Georges Road at Beverly Hills and is predicted to increase capacity on the busy route by up to 50%.
Lend Lease, the construction company that was awarded a design and construct contract by Interlink Roads as the principal contractor for the works, has appointed SICE Pty Ltd as the preferred supplier for the OMCS after a competitive tendering process. The Scope of Works includes the design, supply, installation, system integration, testing and commissioning of an OMCS for the project, comprising the following subsystems:

The final solution will be fully integrated with Roads and Maritime Services existing control centre in Sydney.
This project, together with the Waterview Project in Auckland (NZ) and the T2E in Australia positions SICE as a top player in the freeway management, M&E and Tunnel Control sectors in Australasia, and consolidates SICE long-term commitment to projects in Australia.