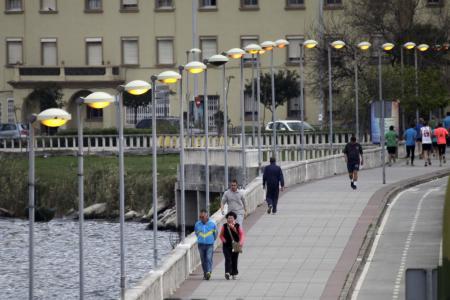 The Algeciras City Council has awarded SICE action 6: “Energy efficiency in Barrio de la Caridad” is included in the Integrated Sustainable Urban Development Strategy (ISUDS) Barrio de la Caridad-Algeciras, Puerta Europa. It is 80 percent co-financed by the European Regional Development Fund ERDF of the European Union, along with the rest of the initiatives that have already been carried out in the region of Barrio de la Caridad. It has the aim of revitalizing the area economically and socially, as well as improving its aesthetics, as it is the entrance point for thousands of visitors to Spain and Europe.

The project involves the complete renovation of the outdoor lighting installations, in the area delimited by Avenida Virgen del Carmen, Patriarca Pérez Rodríguez, Paseo de la Conferencia, Calle General Castaños and Plaza Virgen de las Lágrimas, replacing the existing lights which are obsolete and inefficient. For this project, the City Council has opted for the work project contract modality, which includes the supply and installation of efficient and energy-saving lights with LED technology and adapting supports and control panels.

SICE anticipates the installation of 618 lights (single, double and quadruple) and 682 luminaires, which equates to an increase of 111 luminaires to those already existing, and reducing the municipality's energy expenditure by at least 50 percent.

In addition, a remote management system will be implemented to ensure the immediate detection of possible faults and the regulation of the light intensity at certain times and under different circumstances. This will improve the overall visual experience and provide a significant reduction in polluting emissions.

With this project, SICE takes the lead as a technological supplier to the city council, for whom they have been maintaining and renovating the city’s traffic light installations for more than 25 years.