SICE has achieved a long sought-after milestone in regard to the expansion of the activities in the Nordic region: after a long process, SICE has been awarded its first major contract in Norway, a fundamental highlight for the consolidation of SICE as one of the main players in the area of systems integration in tunnels in the Nordics.

SICE will be implementing the electromechanical and safety systems in a 23-km section of the E6 that stretches from Ranheim to Vaernes (Trondheim, Norway). Such road includes 3 double tunnels of 1.7 km, 1.8 km and 3.9 km respectively – this means that SICE will be responsible for the implementation of the technical systems in a road section that overall amounts up to 15 km of tunnels.

The achievement of this new project represents a new step forward for SICE in the Nordic region. After more than two years of work in preparing the proposal, building, developing and optimizing the final solution within the Joint Venture that has finally obtained the agreement, the Spanish company starts its operations in Norway, a country that is preparing to face an intense infrastructure investment plan in the coming years. The complex conditions of the Norwegian terrain justify the high number of tunnels in the country.

The scope of the project includes the design, supply, testing, installation & commissioning of technical systems such as control & communications network, radio communications, CCTV, weather station, power supply, lighting, ventilation or traffic systems, among others. The contract starts in July 2021 and will run for more than four years, since the commissioning and opening to traffic of the last of the tunnels is expected to take place at the end of 2025.

SICE has been recognized worldwide as a leading company in systems integration and intelligent infrastructure management. In the Nordic area, the company has consolidated its presence in just 3 years, with the award of four contracts in Sweden (Förbifart Stockholm, Stockholm Tunnelbana North, Stockholm Tunnelbana South, Tingstadstunnel), the prequalification in Denmark for the execution of the electromechanical tunnel contract at Femern Link, and now with this achievement in Norway.

This project reinforces the remarkable international tunnel references implemented by the company in the last 25 years, some of them are as popular as the Port of Miami Tunnel (USA), Seattle Tunnel (USA), Waterview (New Zealand), the WestConnex tunnels (Australia), Madeira tunnels (Portugal) or Calle 30 (Spain). 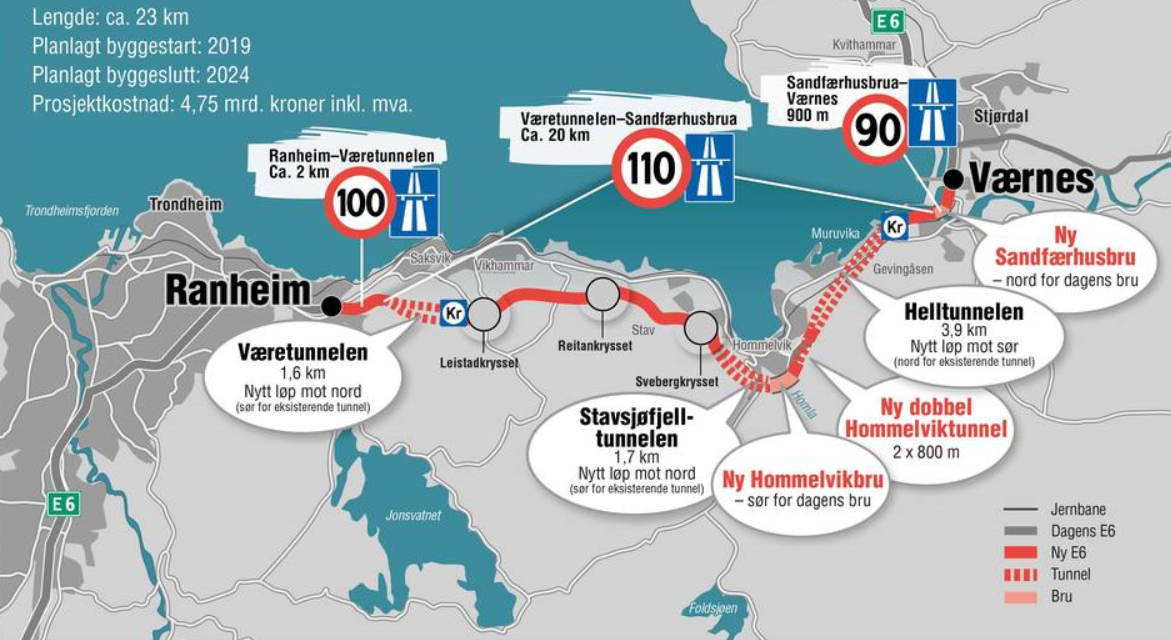